The world is awash with post-Covid19 cheap money fuelled by the worldwide implementation of low-interest liquidity initiatives during the pandemic. This money has pursued commodities that have benefited since 24 February 2022, when Russia invaded Ukraine. Nickel prices are up by 400 percent followed (inter alia) by Palladium, Aluminium, Zinc and Copper. The commodity index SPGSCI has risen some 25% since then and the gold price now exceeds U$2000/Oz. 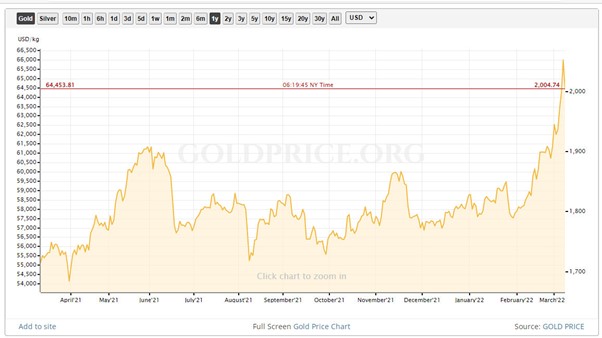 Currencies that have traditionally fallen in turbulent market conditions have increased – the South African Rand, Australian and New Zealand Dollars, as well as the Brazilian, Chilean and Peruvian currencies.

It is interesting to note that the bulk of these are southern hemisphere countries, reflecting fears of an extended and potentially expanded war in Europe, and the relative strength of these currencies exceeds the growth in strength of the US dollar. 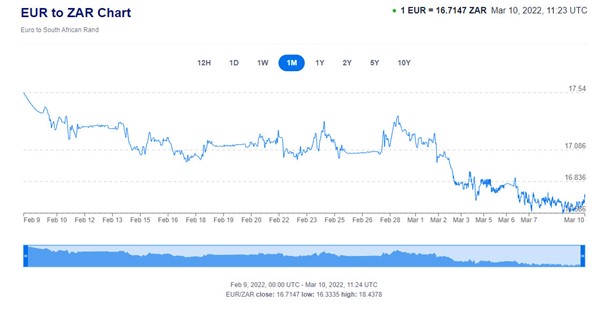 For South Africa, the message is a mixed one – commodity demand has pushed the Rand to a month’s high. Whilst maze and sunflower oil export will surge (due to the blockade of Ukrainian ports and sanctioned Russian supplies), wheat prices will increase together with other foodstuffs, also on the back of Ukrainian ports being blockaded and Russian export being sanctioned. This will have an inflationary effect together with the primary and secondary effects of the material increases in fuel prices.

Another problem area will be the supply of microchips, these having already experienced shortages in 2021. Core materials used in microchip production are neon and platinum group metals such as platinum and palladium, with Ukraine and Russia being the biggest cumulative producers of these. Alternative supplies will have to be sourced but the relative scarcity will lead to increased prices and slower supply times.

So, what is the significance of all of these factors for our partner resellers? The strengthening Rand, with the fear of inflationary pressures negating this strengthening over the short term, means that any potential business should be pursued sooner rather than later to take advantage of the stronger Rand, and certainly, before the microchip shortages have a disruptive effect on Unify’s production, which was in any event compromised by pandemic-era lockdowns that adversely affected their supply chain.

We will continue to consider these factors going forward.

Manage Cookie Consent
To provide the best experiences, we use technologies like cookies to store and/or access device information. Consenting to these technologies will allow us to process data such as browsing behavior or unique IDs on this site. Not consenting or withdrawing consent, may adversely affect certain features and functions.
Manage options Manage services Manage vendors Read more about these purposes
View preferences
{title} {title} {title}